Should You Still Be Doing Open Houses?

Posted by Nicole Rorem on August 18, 2015 in Uncategorized | 0 comments 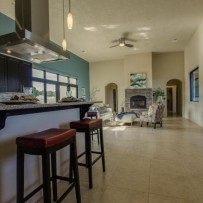 Whether they generate reliable business is a debate among many professionals, but it depends on how you use them.

If you were to ask 100 agents if they think open houses work to create new business and generate leads, half would probably say yes and half would say no.

So do they work or don’t they? I believe that, as with most things, the issue is usually not the tool you are using but the implementation of the tool. For example, if you gave me a wrench to fix the engine in your car, I can tell you with almost 100 percent certainty that by the time I’m finished, your engine will be no more “fixed” than when I started. Why? Because I don’t know how to fix an engine in a car, regardless of the tools that you give me. But I’m not going to go on a tirade about how the wrench doesn’t work.

Most of us know that Internet leads have become a huge part of our business, but converting them is another story. Generally, the agent who pursues a lead the longest and actually gets an in-person conversation with them wins, but that can take months — if not years. With an open house, you are getting these same potential leads in person, and you’re able to have a conversation right then and there. What could be better than that?

But wait — I know what you’re thinking. Those aren’t the people who come to your open house. You only get “nosy neighbors,” right? Well, that’s a marketing issue. When done effectively, open houses can be incredibly profitable, so let’s talk about four ways to run them in a more successful way.

If you follow these simple steps, there’s no way that you won’t see an increase in the number of attendees at your open houses, as well as a better return on the time you spend on them.