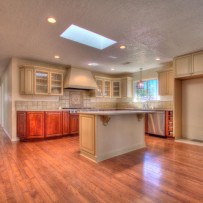 Quicken Loans has partnered with Freddie Mac to help expand a program that would allow qualified borrowers to finance homes with down payments of as little as 3 percent, the companies announced this week.

The partnership comes at a time when Quicken Loans is battling allegations from the Justice Department over its past underwriting practicing on Federal Housing Administration-backed loans. Quicken Loans has sued the federal government, alleging the Departments of Justice and Housing and Urban Development “cherry-picked” from its FHA-backed loans in trying to show poor underwriting. In turn, the government sued Quicken Loans, accusing the firm of submitting insurance claims for hundreds of poorly underwritten FHA-insured loans over four years. Both lawsuits are still the pending.

The lawsuit has prompted Quicken Loans, like other large lenders, to reduce its involvement in the FHA single-family program, which offers mortgage insurance for first-time and lower-income borrowers. Lenders such as JPMorgan Chase & Co. also have been reportedly hesitant to underwrite FHA loans.

“Mid-size and small community-based lenders, both banks and nonbanks, have stepped up to fill the gap,” says Glen Corso, executive director of Consumer Mortgage Lenders of America.

Quicken Loans, under its new agreement with Freddie Mac, will offer financing for loans with down payments as small as 3 percent – which is lower than the 3.5 percent for FHA loans.