Does DIY Apply to Buying a House? 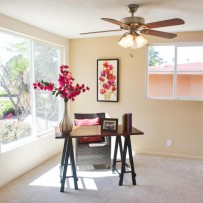 One of the side effects of digital communication is it can make people slow to get out from behind their screens to talk to someone face-to-face. Maybe you’ve noticed it with people you know, particularly young people who’ve grown up with technology.

Research conducted for NAR last year found that young people experience a high level of anxiety when it comes time to move from online home shopping to talking to a real estate professional. As long as they’re gathering information on their phone, tablet, or laptop, they’re fine. But as soon as they want to talk to someone in the business, they find themselves outside of their comfort zone. That’s an interesting finding from a sociological standpoint, but from a business standout, it’s a problem.

That’s why NAR did something different this year with its national ad campaign. Instead of focusing on the benefits of home ownership or why now is a good time to buy, it focused on this tension-point for young people. It did this in two ways: First, it designed content that speaks directly to people who are comfortable gathering information online but less so picking up the phone. Second, it designed a digital-first strategy for placing ads. That means focusing on what people see on their phones, tablets, and laptop and putting less emphasis on what they see on their TVs.

Traditional media like TV, radio, and print remain important, but because young people live their lives online, the campaign places a new emphasis on the digital side.

NAR’s ideas behind the ad campaign are explored in The Voice for Real Estate, NAR’s news video. The video also looks at an effort that is gaining ground to let veterans using federally backed, zero-down financing buy their house without having to worry about loan caps. Right now, VA loans are capped based on market area. That makes it hard for veterans to buy a house that costs more than $417,000. That amount goes far in many markets but there are also markets where that doesn’t even reach the median home price.

In good news, the House passed a bill that would eliminate loan caps for VA loans. That’s a move NAR supports, and now the Senate needs to act on it.

NAR played a role in getting the House to pass the bill. A REALTOR® from the Orlando area in Florida recommended changes to the loan caps in testimony before a VA subcommittee, and lawmakers heard the recommendations loud and clear.

The video also looks at an interesting development in commercial real estate finance. Real estate professionals say loans for most property types in most markets remain very difficult to get. The only real bright spots are multifamily loans, which benefit from Fannie Mae and Freddie Mac guarantees. But office, industrial, and retail loans remain a tough sell, especially in secondary and tertiary markets. And yet some federal regulators are saying commercial lending is getting too loose.

It’s a disconnect that NAR is watching closely, and the video reports on that as well.

It also looks at another interesting issue: airplane landing patterns. The Federal Aviation Administration wants airlines to use a single landing pattern if an airplane has to land with one engine not working. That would mark a change from what happens today. Right now, airlines set their own landing path based on the type of plane and other data.

For NAR, safety is the crucial issue. It’s joined a big coalition asking the FAA to put the matter through the regular rule-writing process, which allows for public input. That’s not the approach the FAA has taken up to this point. Should the FAA prevail without input, some developments that have already been approved could be affected—and there’s no way to look at the data the FAA is using to base its action on.

Access more on all of these developments in The Voice for Real Estate.

Robert Freedman is director of multimedia communications for the NATIONAL ASSOCIATION OF REALTORS®. He can be reached at rfreedman@realtors.org.